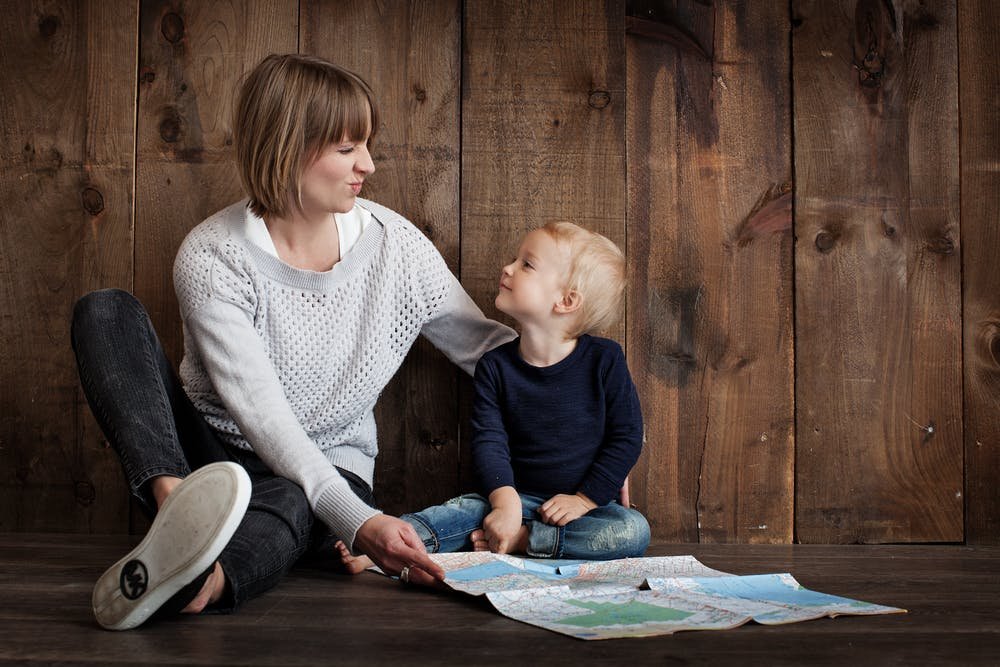 Who's Your Parenting Role Model? 5 Legendary Parents We Love

Who is your parenting role model? Here are five parents in popular culture that are great role models for parents as well as childcare providers.

Parenting is hard work, and parents deserve a world of love and recognition for everything they do for their children. As a parent, you are your child’s biggest role model. How you interact with your children, your family and the people around you teach them much more than anything you may say. Children tend to emulate the way their parents behave, and this will dictate their own behavior well into adulthood.

How, then, do you set a good example for your children? The first rule of being a positive role model is to live a life that reflects your values. That doesn’t mean you have to be the “perfect” parent. It’s more about maintaining a constructive presence, listening to their concerns, and always providing a safe, non-judgmental space. This supports their personal growth and development and helps counter any negative influences coming from the media or their peers.

As parents, we try to do the best we can to raise our children and be the best role models we can be. But great parenting examples can be found even in your child’s favorite books and movies. With that, here are some of the most iconic parental figures in pop culture whose examples are well worth emulating.

Atticus Finch (To Kill a Mockingbird)

In the critically-acclaimed book To Kill a Mockingbird, Atticus Finch is a small-town lawyer and father of the main character, Scout. The story is set in Alabama during the Great Depression in a town where racial tension is high. Atticus takes on the case of Tom Robinson, a black man accused of committing a terrible crime, and defends him in front of an all-white jury. This turns some of the white townspeople against him, but also makes him into a hero in his children’s eyes.

One of Atticus’s best qualities is his level-headedness, which is seen even during the most stressful situations. This is evident in how he deals with his children, but especially when he is in the courtroom. He is a staunch believer in the justice system and accepts Tom’s case because he believes him to be innocent. Even though he has little chance of winning, he still does his utmost to give Tom the strongest possible defense.

Atticus also has a unique parenting style, communicating with his children like they are adults and treating them as equals. He seeks out key teaching moments to pass on his values to his children and answers their questions in a gentle but straightforward manner. He stands up to racism without being overtly aggressive—something his children come to admire him for as the story progresses.

Atticus is a terrific parenting role model, especially for those who do not follow traditional parenting styles. There are some rare instances in the book where Atticus seems insecure about the way he is raising his children. However, readers get to see how much they look up to him and how much of an impact he makes on his community.

Andy Griffith’s Sheriff Andy Taylor is a well-known parenting role model in popular culture. Various online polls and editorials have credited him as one of the best TV fathers because of his compassionate, kind, and understanding nature. He is also funny, regularly unloading dad jokes and making his family laugh.

Sheriff Andy likes to lead by example, which is one of the key qualities of a good parent. He believes in putting family first, and that means providing a stable home environment for his kids. Andy is also a man of good character. He imparts important lessons about fairness, responsibility, respect, and trustworthiness, not only to his children but also to the rest of the townspeople. Sheriff Andy cares for his community deeply, and he does his best to make everyone feel included and valued.

Strong, wise, and resilient, Queen Elinor is certainly a force to be reckoned with. In the Disney animated film Brave, she is the mother of Merida, the movie’s protagonist, and three younger triplet sons, Harris, Hubert, and Hamish. Elinor is the queen of the Scottish kingdom of DunBroch, and her insistence on following protocol makes her an excellent queen.

Merida and Queen Elinor butt head throughout the movie, especially when Queen Elinor makes her dress up to choose a suitor to marry. They even get into a major fight, which is the catalyst for a series of later events. Merida sees her mother as being too controlling. And although it may appear so on the surface, Queen Elinor is just doing everything she can to ensure that her daughter’s future is secure.

When analyzing Queen Elinor’s parenting style, it’s important to see it in the context of the period. Brave was most likely set between the 10th and 12th centuries CE. At that time, women had few rights and even fewer opportunities to support themselves and build a life without a partner. In this sense, it’s quite understandable that Queen Elinor’s primary goal is to find her daughter a suitable husband. The queen also wants to ensure that both she and Merida are fulfilling their duties as part of the royal family.

However, what makes Queen Elinor a truly exemplary parenting role model is her attempt to balance her responsibilities with her natural nurturing instincts. Throughout the movie, she can be seen trying to be a good mother to all four of her children while fulfilling her duty as queen. This balancing act is incredibly difficult—something only a truly strong woman could achieve—and she deserves credit for it.

Little Women is one of the most inspirational novels of all time. Marmee, the girls’ mother, is a natural caregiver, seeking to nurture everyone around her. She takes on both parenting roles in her husband’s absence and tries to support her daughters in everything they do. As a parenting role model, Marmee is truly inspiring because she treats each child as an individual. She personalizes her parenting approach based on their distinct personalities.

Perhaps one of the most valuable lessons Marmee teaches her daughters is how to treat others with compassion. For instance, the Marches help a poor family during Christmastime by bringing them food and helping the mother care for her little children. Marmee leads by example, and the values she has instilled are evident in how her daughters deal with their own challenges

While not a parent per se, Baloo is instrumental in Mowgli’s personal growth, and this makes him a great parenting role model. The boy Mowgli is the protagonist of Disney’s 1967 animated feature film, The Jungle Book. Baloo, on the other hand, is a fun-loving, easygoing, and good-natured bear who becomes Mowgli’s best friend. He initially wants to raise Mowgli in the jungle as his own son, but eventually decides to let the boy fulfill his destiny and grow up in the Man Village where he will be well-protected.

Perhaps the most important lesson Baloo gives Mowgli is how to treasure the bare—or in this case the ‘bear’—necessities of life. As a parent, it is up to you to provide your children with their basic needs, comfort them, and shelter them so they can live a life free of worries and strife. Encouraging them to have big dreams and goals is good, but so too is teaching them the value of rest and leisure.

Today’s fast-paced world can force individuals to work themselves far too hard. Baloo shows Mowgli the art of sitting back and relaxing amid life’s daily stresses and anxieties. In doing this, he emphasizes the importance of finding a healthy work-life balance, making him another excellent parenting role model.

The Promise of Having a Good Parenting Role Model

As children grow, they need guidance—especially considering the wide range of complex issues in contemporary society. A child’s opinions and beliefs will be influenced by what their parents say and do. This can put pressure on parents to assess their own belief systems and examine the values they will pass on to their children.

A parent might want to seek out an idealized parenting role model as inspiration. Someone who sets a good example for their children and steers them on the right path.

That parenting example might be a character from a book or film. Equally, there are other authority figures who act as crucial role models for children. A babysitter, for instance, could be significant because of the amount of time your children will be spending with them. That is why finding a highly qualified, level-headed babysitter with good values is also a must.

Find the Right Babysitter with Nanno

Being a good role model helps your children grow up to be thoughtful, considerate, yet strong and empowered individuals. Of course, it takes a village to raise a child, and hiring the right babysitter is another important decision.

Nanno can help connect you with a network of highly qualified and vetted babysitters who will provide your child with the best care.

Reach out to Nanno today to find a babysitter that is right for you and your little ones!

About Stacy Calloway
New York, NY
Stacy is a former nanny and currently director of user success at Nanno. She loves to find fun new solutions to complicated problems. Fun facts about Stacy: She is the oldest of 8 children.
Previous Post : The Best Babysitter For Your Family—Based on Your Parenting Type   Next Post : April Fool's Day: Harmless Pranks to Get Kids Involved In The Fun