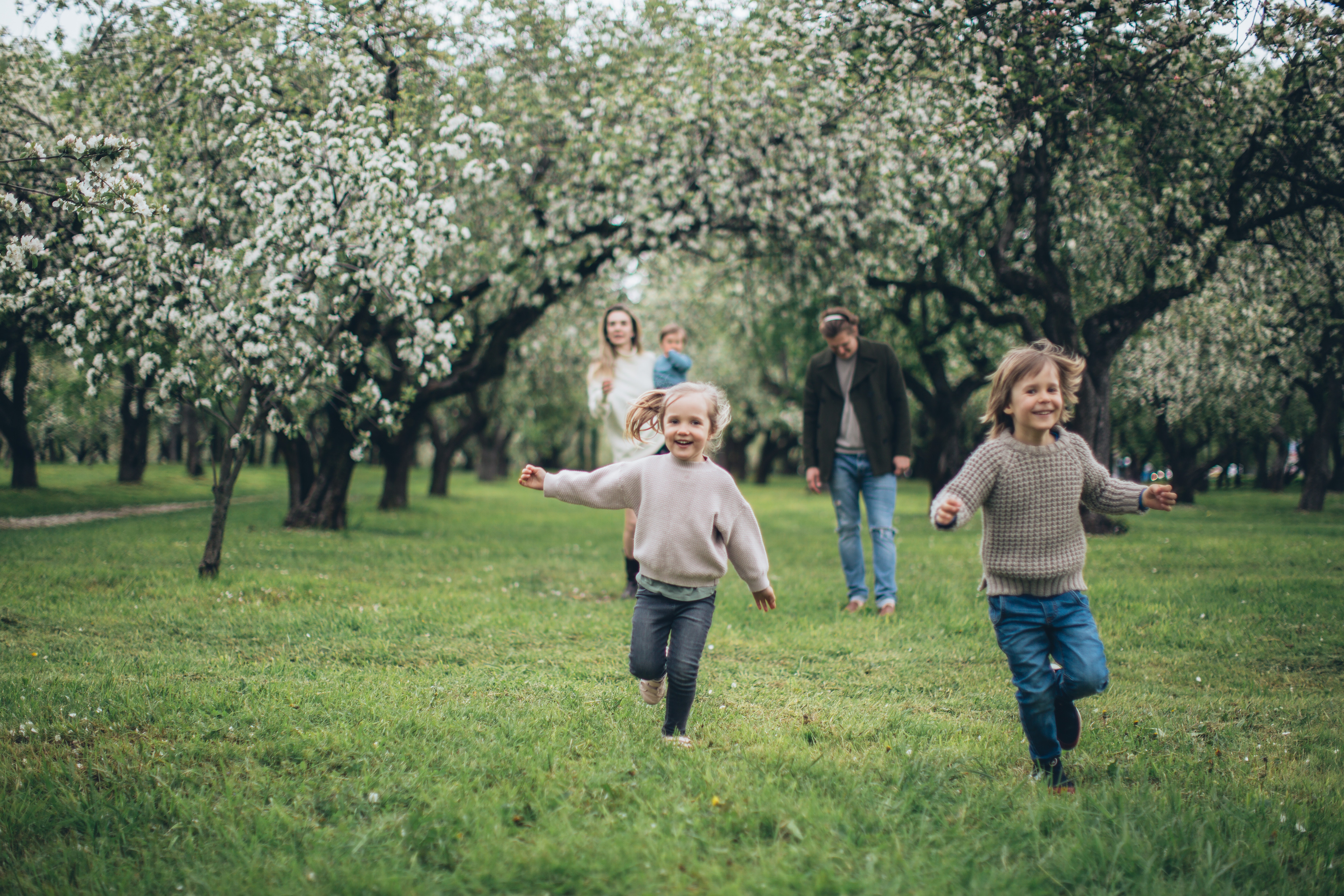 How We Celebrate Spring: 5 Springtime Holidays From Around The World

Cultivate cultural awareness and appreciation in your little ones. Introduce them to these springtime holidays from around the globe.

Everyone loves spring! The days are warmer, flowers are in full bloom, and the weather is just right for your little ones to come out and play. A season of literal and spiritual new beginnings, peoples, and faiths all over the world mark this season with civic, cultural, and religious holidays.

Whether it’s the end of a fast, a religious high holiday, or simply celebrating the change in season—springtime rituals can be found in various cultures around the globe.

Exploring these holidays with your children can help them understand the differences and similarities between cultures and build a sense of respect for diversity. While cultures and practices vary, certain commonalities like the springtime holidays bind people together everywhere. Understanding these interconnections can ground them in a sense of global community, and foster tolerance and respect.

Let’s take a look at these five common springtime holidays, their historical roots, and their cultural significance.

Ramadan is the most sacred month in Islam and among the most widely observed springtime holidays worldwide. Ramadan is the ninth month of the lunar Hijri calendar (usually sometime between March and May of the Gregorian calendar). Muslims observe Ramadan commemorate the Prophet Muhammad’s first revelation in 610 CE—when, according to tradition, Allah first revealed the Qur’an to the Prophet Muhammad.

During the month of Ramadan, Muslims fast from sunrise to sunset, also avoiding anything impure for either the body or mind (smoking, drinking alcohol, fighting, gossiping, lying, et cetera). This practice of fasting, referred to as sawm, is one of the five pillars of Islam, in addition to shahada (profession of faith), salat (prayer), zakat (almsgiving), and hajj (pilgrimage to Mecca).

Aside from fasting and abstaining, Ramadan is also a time for self-reflection and prayer. The multi-day celebration of Eid al-Fitr marks the conclusion of the holy month when observers breakfast by sharing a feast with friends and family.

Passover is a Jewish holiday that commemorates the Israelites’ exodus from Egypt. In particular, it highlights how the Angel of Death “passed over” the houses of Israelites and spared their firstborns.

Passover begins on the 15th day of the month of Nisan in the Hebrew calendar, with often falls in the Gregorian month of April. Also known as the Festival of Unleavened Bread, this springtime commemoration is one of the most important holidays in Judaism, and as such is celebrated by Jews around the world.

The holiday centers around the seder, a feast held on the eve of the fifteenth day of Nisan. (This year, that date falls on April 16). The seder comprises an exact set of ritualized foods, each symbolizing different elements of the exodus story.

Seder also involves other a number of other ceremonies, such as ritual hand-washing and a recitation of the Passover story. Many also set out an extra glass of wine during dinner as an offering to the Prophet Elijah.

Sometimes known as the "Festival of Colours" or "Festival of Love," Holi is a Hindu festival dating back to the fourth century. The holiday marks the beginning of spring and is often celebrated in March. While Holi finds its roots in South Asia, the celebration has become popular globally. One can find Holi events in the United States, the United Kingdom, and other countries.

The festival commemorates the victory of good over evil in the tale of Holika and Prahlad. Participants light large bonfires on the eve of the festival in homage, burning away the evil spirits described in the legend. The celebration also entails singing, dancing, and (perhaps most characteristically) the throwing of gulal, or powdered paint, as a vibrant way to welcome the arrival of springtime.

On the day of the festival, various colors blanket entire streets and towns, with each hue carrying a significant meaning. For instance, blue emulates the coolness of Krishna’s skin, red represents love and fertility, yellow stands for good health, and green symbolizes new beginnings. Once everyone is done playing with the gulal on the streets, friends and family organize a large feast.

May Day is celebrated annually on May 1st, has evolved in meaning over the years to encompass a number of traditions. Nowadays, the date carries both spiritual and secular significance.

As the month of May falls midway between the spring equinox and summer solstice, it’s no surprise that May Day originally crops up as a start-of-summer fertility festival. For example, the ancient Celts in Europe generally celebrated Beltane, the feast of fires, on this day. The ancient Spartans held the Hyakinthia around this time, the Romans celebrated Floralia, and so on. A Maytime festival shows up across historic European cultures.

In the medieval era, these general springtime holidays grew more fixed, centering on the first of May specifically. Traditions like dancing around a Maypole decorated with flowers and streamers and hanging May baskets as a symbol of fertility and prosperity show up in this period.

May Day as International Workers’ Day

While elements of these traditions can still be found across Europe (with or without their original meaning), May Day has also taken on a secular significance. Workers around the world celebrate May Day as International Workers’ Day.

In the depths of the Industrial Revolution, workers often labored long hours under inhumane conditions. This sparked riot strikes across the industrialized world, and the first global organized labor movement. The American Federation of Labor declared the first set workday in the 1880s as one of the demands of this movement, demanding that “eight hours shall constitute a legal day’s labor from and after May 1, 1886.” This declaration culminated in the infamous Haymarket riot in Chicago, while also sparking similar declarations and riots around the world.

Since then, May 1st has been celebrated as International Workers’ Day around the world, to remember the gains of the labor movement. Thankful for that eight-hour workweek? Take a moment this May Day to reflect on the workers who fought for it!

The Christian high holiday of Easter is one of the most well-known springtime holidays. Also known as Resurrection Sunday, it commemorates the biblical resurrection of Jesus after his crucifixion. The Christian New Testament lays out the story, in which Jesus was arrested, sentenced, and crucified during the week of Passover, only to return to life three days later.

Historical record traces the first Easter celebrations to sometime in the second century. The date varies according to Western and Eastern sects of Christianity but always comes after a fasting period known as Lent. This year, the Western branches (generally Catholics and Protestants) will celebrate Easter on April 17; Eastern Orthodox traditions will observe the day on April 24.

Easter is the high holiday of the Christian faith. While individual traditions vary, the whole week preceding is one of prayer and contemplation. One may find sunset vigils, sunrise services, retreats, and familial feasts, depending on one’s practice. Easter eggs—eggs decorated in bright colors—are a prominent decoration, as a symbol of life and rebirth. Some celebrations may include Easter egg hunts for children, as well as egg decorating parties! The Easter bunny, a folkloric figure who delivers chocolate eggs to kids, also makes an appearance at this holiday.

Celebrate Springtime Holidays With the Help of Vetted Babysitters

In our increasingly interconnected world, it’s important to instill a sense of cultural literacy in our kids. We need to teach them how to interact with people around them respectfully, regardless of ethnicity, upbringing, and cultural background. Teaching them the basics of traditions outside their own is a good first step!

However, as fun and enriching, as it can be to participate in these springtime holidays, we all know that any celebration takes hefty prep time. Parents live busy lives! Consider tapping into the help that a babysitting app like Nanno can offer.

Nanno makes it easy for parents to find quality on-demand child care, wherever they are. With a database of babysitters and nannies spanning most metro US regions, there’s definitely someone available to meet your family’s needs. Also, all Nanno babysitters go through a rigorous four-step vetting process beforehand, so you can rest assured that you are leaving your kids with qualified professionals.

Book a sitter today to see it for yourself!

About Wynona March
Seattle, WA
Wynona is a writer and mom, with three children under age 6 and a penchant for crafting. She loves guiding her kids through projects of all kinds, from cooking to crafting to building a better robot.
Previous Post : Full-Time Sitter for 2 Kids Needed in Forest Hills, New York   Next Post : Spring Cleaning Activities To Do With Kids: Fun with Chore Lists